Any new thing faces the force of inertia!  And that’s just a test! Use greater power and overcome it!  Tom Morris American Philosopher

It’s my 5 Year Anniversary on WordPress business account. Thank you all   for:  following this blog, liking a post and sharing your comments with me.  I hope you have enjoyed a number of takeaways.

Earlier today I wrote a piece for LinkedIn Publisher that explained that ethics is alive and well, the people who work in large corporations are just like you and me and want to do well, as well as lessons learned in this 21st Century.

Here is that link  “IT REALLY HAPPENED. . .” https://www.linkedin.com/pulse/really-happened-jo-ann-m-radja by @Coach_Jo_Ann on @LinkedIn

Another quotation from the American Philosopher Tom Morris is:  Service puts others first.  And, ironically, it’s in the acts of service that we most often feel our best and become our best.

WordPress has had a philosophy and culture of service over the past five years that I have been a member.  Many of you also believe Service is important.   All the best to you this week as you Choose Who You Want to be Known As.

After a lengthy meeting, we

Listen to comments from our Team,

Eager to put everything into perspective.

Now another opportunity presented itself

To try a different approach.

It’s what we wanted. Yet,

Now that it’s an agreed plan by all,

Everyone wants another meeting in an hour to
confirm the plan in writing.

Decisions are made daily.

And we learn to trust ourselves and others. . .

You too may learn to trust yourself and others as you
Choose Who You Want to be Known As this week.

END_OF_DOCUMENT_TOKEN_TO_BE_REPLACED

Today is my Anniversary of writing on WordPress and I thank all of you for continuing to visit my blog.

Over the past two weeks, I have travelled outside of Illinois for business and to another Illinois County.  These trips afforded me an opportunity to Listen to Understand.  The first instance was arriving at the airport, some two hours later because of bad weather.  The  Van Driver believed he would not receive a tip because he dropped me off less than two hours before flight time.  Of course, this safe driver and was not responsible for inclement weather.

The second example of Listen to Understand occurred the next day when I caught a cab to reach the business meeting.  (I chose not to walk because it had begun to rain and I was meeting people I had not met before.)  This young driver typed the destination into his GPS  and the GPS directed him onto a wrong highway.  He circled back and became confused; we began our trip all over again as it became clear he more easily found a business by the building name, rather than the address.  Both drivers were paid and each had “bent down heads” because they were listening for a reply to a possible negative encounter.  Personally, I was grateful I arrived safely at each destination.

The third instance occurred when I arrived back in Illinois after midnight .  The driver who  was scheduled to meet me, was unable to exit  the car park because of a password reset mix-up; the window attendant gave him a pass.  He told me his story as he explained that I almost didn’t back to where I lived in Chicago in the middle of the night.  While all three of these instances portray how we often stand firm when we speak, managing yourself leads to less conflict.

As You Choose Who You Want to be Known As this week, consider how you manage a potential conflict when someone else stands firm. Enjoy your week!

We celebrate and remember February 12th as the birth of President Lincoln here in Illinois.  Earlier today I published a blog on this subject, via LinkedIn.com Pulse, https://t.co/0Mu2ZA6TFw.  I hope you enjoy these quotations from President Abraham Lincoln.

“No man is good enough to govern another man without that other’s consent.”

“Always bear in mind that your own resolution to succeed is more important that any one thing.”

“We can complain because rose bushes have thorns, or rejoice that thorn bushes have roses.”

“I can make more generals, but horses cost money.” And lastly, “I walk slowly, but I never walk backward.”

A successful man is one who can lay a firm foundation with the bricks others have thrown at him.  David Brinkley

One way of interpreting David Brinkley’s quotation is to understand you have to be self-reliant in your life.  You Choose Who You Want to be Known As at any given moment of  time.  Sometimes we surprise ourselves and other times it a great effort to work through whatever process is before us.  The question becomes. What pieces are you picking up in your career?

The photo above could be seen as plastic pieces on asphalt or another mixed media art project in the making, or a schematic design of a puzzle maze or magnified pieces of broken glass.  The reality is,  it is a cracked ice formation on the Chicago River.    What we see is perception.   Our perception is formed by past experiences, the present moment, the time of day, our culture and our values.   How mindful we are of our emotions and the emotions of others will drive our perceptions as well.

If you had to pick up pieces today that were left by someone else, what would your first step be?  Pick up the pieces, finish the task and then move on.  Ask someone for assistance because the job entails more than you are able to handle at this moment? or, walk away from the pieces and let someone else take care of it because it’s not your responsibility anyway?   Since the readers of this blog come from so many professions, there is no correct answer.  If the pieces are left for you to deal with this week, Choose Who You Want to be Known As.  Best of luck as you choose!
“Jo Ann” M. Radja, Career Management Coach and Change Agent

Valentine’s Day — It’s the second best day for Hallmark Cards.  Florists and Chocolatiers also love this day.  What’s your take on it?

How about it’s a Day for YOU!  Whether the love of your life is with you or not,  Valentine’s Day reminds us that Spring is not long off. So why not celebrate this cultural day on our calendar as it’s a Day for YOU!   So many of us have endured a winter that seems never to end.  Many employers asked their employees to head home yesterday at Noon in the Southeast States.  They were greeted with so much snow, many people left their cars abandoned on highways.  So, why not give yourself a Day for YOU! to remember how you lived through it and started another day anew.

It’s a well known concept in the Coaching field that when you take care of yourself, you are able to handle more easily the next challenge that comes your way.   As you Choose Who You Want to be Known As, I hope you choose a Day for YOU that makes you smile.  Happy Valentine’s Day . . . from the Midwest! 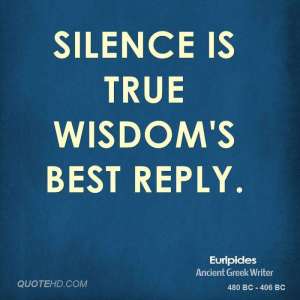 When you fall down, are you alone or are you in public, or was someone nearby that helped you stand straight.  Because I have a weak right ankle, there have been a few times I have fallen down during the daytime in pubic when the pavement was not even.  The way of Silence surrounding this event is astonishing.

Since I did grow up in a football family, I watched the 2014 Super Bowl.  Early on,  sports announcers gave positive explanations why the Professional Denver Broncos may have been nervous and missed certain plays.  This worldwide event has been taken apart and analyzed by many experts in the sports field.  This blog is focusing on a different aspect to this event. . . The way of Silence.

Many of us have grown up with advice, “If you have nothing good to say, don’t say anything.”  When someone is down, you don’t step on them and make they feel worse.

I took a look for a reporter’s take on the 2014 Super Bowl published this morning and found: http://bleacherreport.com/articles/1947809-super-bowl-2014-blowout-score-was-most-shocking-result-in-years.  The way of Silence was taken by a reporter who gave quiet reflection.  He wrote in a positive way how the Broncos were not the only Offense Team beaten in a Super Bowl.  The way of Silence allowed reframing to take the sting out of the Broncos performance.

We can’t change what happened yesterday in our careers.  We can only Choose Who We Want to be Known As when we fall down.  Hopefully, we can fall into the Way of Silence and reframe the situation.  Have a great week!

Following a Presentation Meeting last Saturday, I decided to walk some 10 blocks West to where I parked my car. I was greeted with a phenomenon you don’t often see everyday — one of the great bridges in Chicago, rising … Continue reading →

Spirituality and President’s Day? It isn’t often we consider our former President’s as being spiritual. Yet our Forefathers definitely were. Perhaps because they led our Nation in time of war, their thoughts turned to a presence, greater than themselves. Separated … Continue reading →

While catching up on my reading, I located a link to Leadership Development News on Voice of America Radio. A title intrigued me: “Cheaters, Derailers and Building Resilience.” This program aired on February 4, 2013. The hosts of this 58 … Continue reading →

June, 2019 Marshall Goldsmith Stakeholder Centered Coaching Certificate. June, 2019 Marshall Goldsmith Team Stakeholder Centered Coaching Certificate. As a Certified Professional Coach she specializes in working with individuals facing challenges in their careers, decision making and self-development. As a highly-trained listener, Jo Ann embraces a model of empathy, trust and honesty in client interactions. Her gift is in enabling her clients to tap into their own personal strengths, form mantras that spark achievement and advancement, and give them freedom to operate within their own core of central beliefs. Bound by a rock-solid ethic, and grounded in spirituality, Jo Ann brings a wealth of corporate experience to her coaching practice. "In coaching," explains Jo Ann, "the pronoun 'we' is powerful because the work is a true partnership. Without that mutual trust, the client cannot drive outcomes."