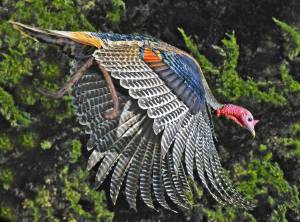 I have never seen a photo of a Turkey in flight; of course birds fly, and it was whimsical to see the above photo of the majesty of a turkey in flight.  Since the American Thanksgiving holiday came to be in 1789 ,  we can reflect on positive history over our past generations.  Here are a few videos to listen to over this Holiday Weekend:

How our first President, George Washington handled the surrounding conflict as he set about organizing the First Thanksgiving celebration of our young Nation: http://www.wsj.com/video/opinion-journal-the-first-thanksgiving/1AD96C87-0CB2-45FA-A8F3-274CE8D7C096.html?mod=djemBestOfTheWebtha

I hope you enjoy a new experience this Thanksgiving Holiday as you Choose Who You Want to be Known As.  Enjoy!

Today is my Anniversary of writing on WordPress and I thank all of you for continuing to visit my blog.

Over the past two weeks, I have travelled outside of Illinois for business and to another Illinois County.  These trips afforded me an opportunity to Listen to Understand.  The first instance was arriving at the airport, some two hours later because of bad weather.  The  Van Driver believed he would not receive a tip because he dropped me off less than two hours before flight time.  Of course, this safe driver and was not responsible for inclement weather.

The second example of Listen to Understand occurred the next day when I caught a cab to reach the business meeting.  (I chose not to walk because it had begun to rain and I was meeting people I had not met before.)  This young driver typed the destination into his GPS  and the GPS directed him onto a wrong highway.  He circled back and became confused; we began our trip all over again as it became clear he more easily found a business by the building name, rather than the address.  Both drivers were paid and each had “bent down heads” because they were listening for a reply to a possible negative encounter.  Personally, I was grateful I arrived safely at each destination.

The third instance occurred when I arrived back in Illinois after midnight .  The driver who  was scheduled to meet me, was unable to exit  the car park because of a password reset mix-up; the window attendant gave him a pass.  He told me his story as he explained that I almost didn’t back to where I lived in Chicago in the middle of the night.  While all three of these instances portray how we often stand firm when we speak, managing yourself leads to less conflict.

As You Choose Who You Want to be Known As this week, consider how you manage a potential conflict when someone else stands firm. Enjoy your week! 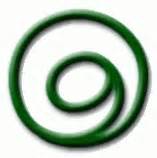 Neuroscience is understanding the fundamental nature of ourselves…how we think, feel and do.  Dr. Charles “Ed” Connor

Two days ago in my home State of Illinois, a multitude of tornadoes struck communities in at least 13 Counties.  [It was reported some 17 tornadoes were sited and by Monday morning, 80 tornadoes blew through the Midwest Region.]

Many people who were interviewed, spoke about how grateful they were to be alive.  While their home was destroyed, they could rebuild.  While their possessions were taken in this act of nature, their life was spared.  While years of joy in maintaining and furnishing their home was wiped out in a second or two, they were in a community of friends and neighbors (nearby and within Illinois), who gave them solace and friendship. The SYMBOL OF GRATITUDE resided in their hearts.   Finding the personal truth in yourself during a time of crisis is a learned virtue as these citizens Chose Who they wanted to Be Known As.

The symbol of gratitude itself has been a bit difficult to track down.   The circle is an accepted symbol of inclusiveness and represents many aspects of our human nature.    Our Global community throughout the world has roots within the spirituality of GRATITUDE and the use of a circle symbol.

An art exhibit entitled, “Beauty and the Brain Revealed”  is presently on display at the AAAS Art Gallery in Washington, D.C.    Five days ago,  Megan Gambino posted a Blog explaining this Art Exhibit  http://blogs.smithsonianmag.com/artscience/2013/11/do-our-brains-find-certain-shapes-more-attractive-than-others/).  Her Blog included a brief video of two Neuroscience Experts who discuss how our brains relate to abstract shapes.

Whether from exemplary observations of our neighbors or from recognized Neuroscientists, Choose Who You Want to be Known As in your careers,  during this wintry week of November, 2013.

Notes: “Beauty and the Brain Revealed” is on display at the AAAS Art Gallery in Washington, D.C., through January 3, 2014.  Read more: http://blogs.smithsonianmag.com/artscience/2013/11/do-our-brains-find-certain-shapes-more-attractive-than-others/#ixzz2l6p7kWlg Follow us: @SmithsonianMag on Twitter

Why do we find some works of art so appealing? The exhibition Beauty and the Brain Revealed at the American Association for the Advancement of Science builds on a 2010 collaboration between the Zanvyl Krieger Mind/Brain Institute at the Johns Hopkins University and

the Walters Art Museum to examine how the brain perceives abstract sculpture. The original project was initiated and funded by the Johns Hopkins Brain Science Institute. Gallery visitors will wear 3-D glasses to explore digitally morphed versions of sculpture and learn how 3-D

June, 2019 Marshall Goldsmith Stakeholder Centered Coaching Certificate. June, 2019 Marshall Goldsmith Team Stakeholder Centered Coaching Certificate. As a Certified Professional Coach she specializes in working with individuals facing challenges in their careers, decision making and self-development. As a highly-trained listener, Jo Ann embraces a model of empathy, trust and honesty in client interactions. Her gift is in enabling her clients to tap into their own personal strengths, form mantras that spark achievement and advancement, and give them freedom to operate within their own core of central beliefs. Bound by a rock-solid ethic, and grounded in spirituality, Jo Ann brings a wealth of corporate experience to her coaching practice. "In coaching," explains Jo Ann, "the pronoun 'we' is powerful because the work is a true partnership. Without that mutual trust, the client cannot drive outcomes."